that you did not know you needed to know!

one each week so you know we still care. 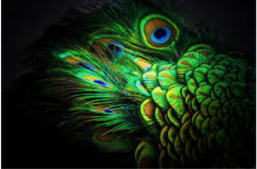 A peacock feather is supposed to be bad luck as the end of it resembles the evil eye. No production wants to risk offending an audience or bringing an “evil eye” curse upon a show. The “evil eye” of the peacock feather is believed to have cursed numerous theatre productions with falling sets, technical difficulties, forgotten lines and general chaos within the production.

Theatre folk strongly dislike the feathers in any part of the theatre not just the stage, even circus performers do not like to risk feathers in tents!

Today some productions use them in costuming or props and sets but most theatre veterans will feel very uneasy with this practice. Best to leave them out! 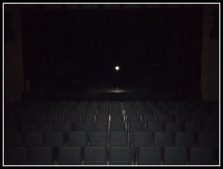 When a theatre is dark (ie has no shows on) it is customary (and a little superstitious) to erect a “Ghost light”. It is usually set centre stage and is a single bulb.

It is left on in an unoccupied theatre without which the theatre would be in complete darkness. It is believed that to keep a light on during dark periods evokes a feeling of optimism, warmth and no bad luck will befall the coming productions

It can be for safety to ensure there is no possibility of tripping over a set piece, prop or falling into the orchestra pit. (by the way The J does not have an orchestra pit!)

It is a widely held superstition that all theatres have a ghost (many say they are mostly former actors and crew). Some believe the ghost light is to scare away mischievous spirits, some say it’s to ensure the ghosts of the theatre feel contented and happy and can perform on the stage when no one is around.

Be sure The J has its Ghost Light on (as have most theatres around the globe) and WE WILL BE BACK to entertain you just as soon as we can. 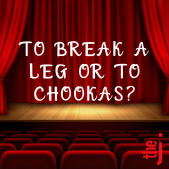 As previously mentioned theatre folk are a rather superstitious lot and as such it has always been deemed “bad luck” to wish an actor, musician or anyone in the company “good luck”.

Curtains known as ‘Legs” traditionally hide the backstage ‘wings’ from the audience view and if an actor “broke a leg” it meant that they had gone on stage and performed, rather than sat in the wings as an understudy, thus having the good fortune of earning more money (or being paid at all!).

To “Break a leg” can also mean to curtsey or bow in front of the audience.

“Chookas” is quintessentially Australian, and it is said, stems from days gone by when if it was a full house the actors and crew would be paid more money and hence could afford to buy a chook to eat after the show. Someone would take a peek at the audience pre show and whisper “chookas” to the cast and crew if it was looking full, this meant that they would be eating well that night hence the association with good fortune.

The Forbidden Word – the play that cannot be named!
aka “The Scottish Play” 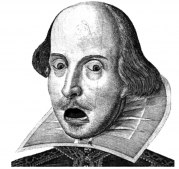 It is thought Shakespeare’s Macbeth is cursed. Belief from old is that a coven of witches took offence to Shakespeare using real incantations in the script so they cursed the play for all eternity.

The original Play, staged in 1606 was apparently full of disaster, the man playing the leading lady died, (Shakespeare himself had to play the part at short notice), dagger props were exchanged from fakes to real – allegedly resulting in the death of the actor playing king Duncan in front of a live audience in a 17th century production. Other accidents abound with actors falling off the stage, riots resulting in multiple deaths and injury, mysterious deaths, falling stage weights and many more.

Apparently if an utterance of Macbeth or any lines from the play is made whilst backstage one must exit the theatre, spin around three times, spit over your left shoulder, curse then knock on the door 3 times to be let back in among other rituals.

There are many other historically interesting snippets in regard to Macbeth – something to research if you wish.

WEEKLY SNIPPET #4 - WHISTLE WHILE YOU WORK?

Whistle while you work? Not on your life! 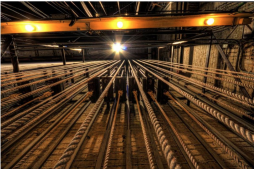 Whistling in the theatre is considered bad luck (yes another oops bad luck theatre superstition! This time for a more practical reason)

In the days before every back stage theatre technician had a “walkie talkie”, the best way to cue a stagehand to raise or lower (fly) a piece of theatre scenery was to whistle them “in or out” (up or down) using a system of ropes and counterweights (usually sandbags). This system is very much similar to a ship’s hoisting of the sails, and there is some belief that stagehands were often out of work sailors.

The name of the person operating these “flys” is a Fly-man. The scenery is flown high above the stage into what is called a fly tower. (Sadly The J does not have a fly tower so any scenery has to be brought on stage from the wings).

If a happy actor or backstage crew started whistling there was a real danger of someone being clonked on the head by a random piece of scenery dropping in from above.

Whistles were first replaced by electric light cues until walkie talkies were made available, these are generally now just referred to as “comms” (as in communication) or “headsets”

So in short you can be happy backstage as long as you don’t whistle! 😉